An updated version of this method exists.
See version 2 (beta) this method

Phonetic annotation is used on this website to offer an alternative description of pronunciations besides Quốc ngữ.

A syllable is split into four components: initial, nucleus, coda, tone. For example thuyền is split into: TH, UYÊ, N, and the huyền tone. For each component you can lookup the corresponding shape in the table below.

Ignoring tones for the moment we can choose words without a coda directly from the chart. For example for ca go to the c,k row and chose the character shown in the a column, which is . Similarly ta is found in the same column of the t row: . 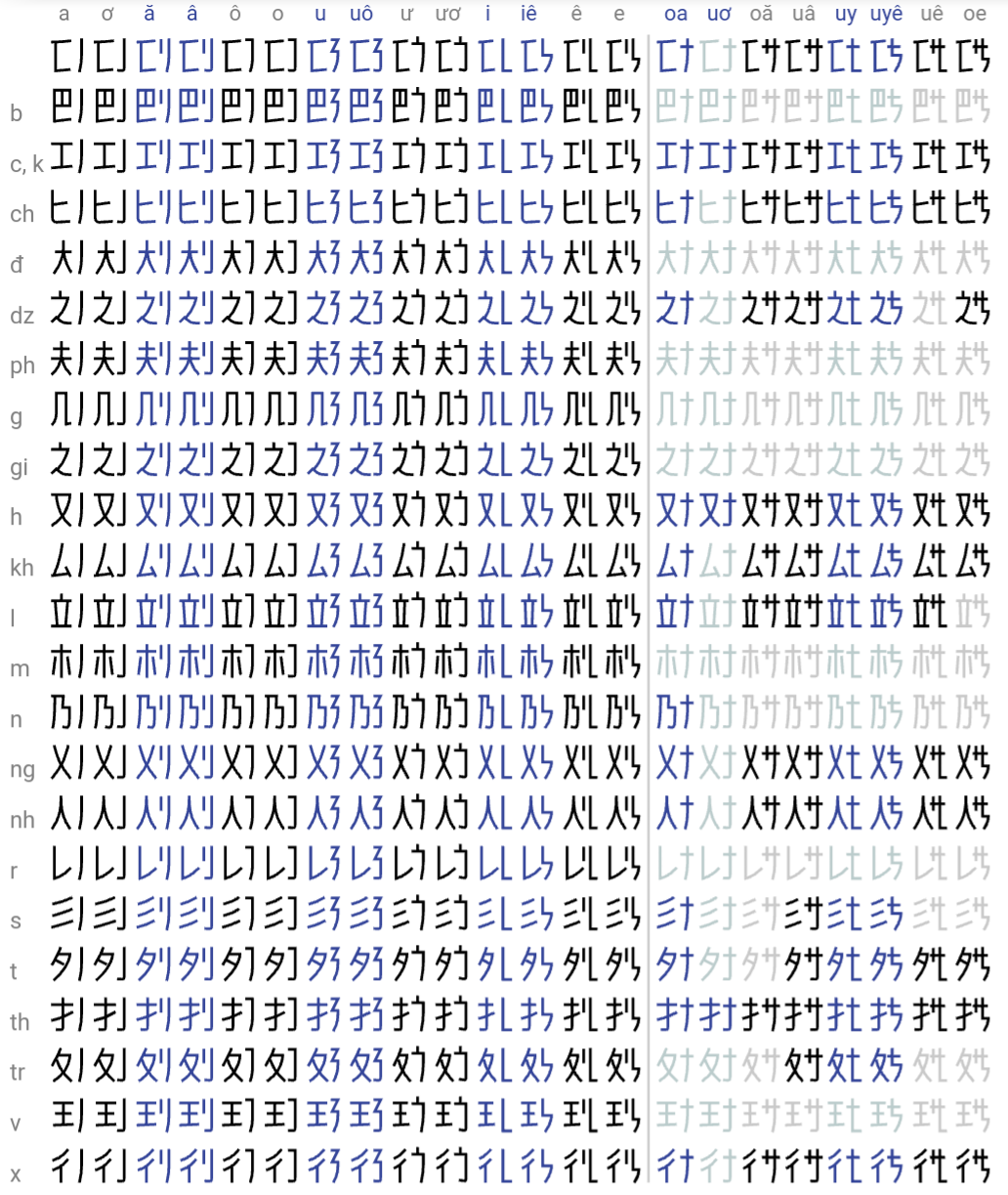 Words that have a coda are written by extending a character from the chart with a coda symbol. For example the word cao is written with the character  ca extended with the symbol  for the o coda, which results in  cao.

Alternatively a set of numeric characters that are distinct from the syllable initials can be used for certain codas: 千三十六八〇 (n m p c t ng)

On words ending in a stop (i.e. -c, -p, -t, -ch) the sắc tone is optional and can be left unmarked. For example the word tác  can be written  without the tone marking dot.

Alternatively to the above tone marking system, Quốc ngữ tone marks can be used. In that case the nặng tone (dot below) should be replaced by a circle symbol.

Truyện Kiều with all words written phonetically except for Chữ hán. 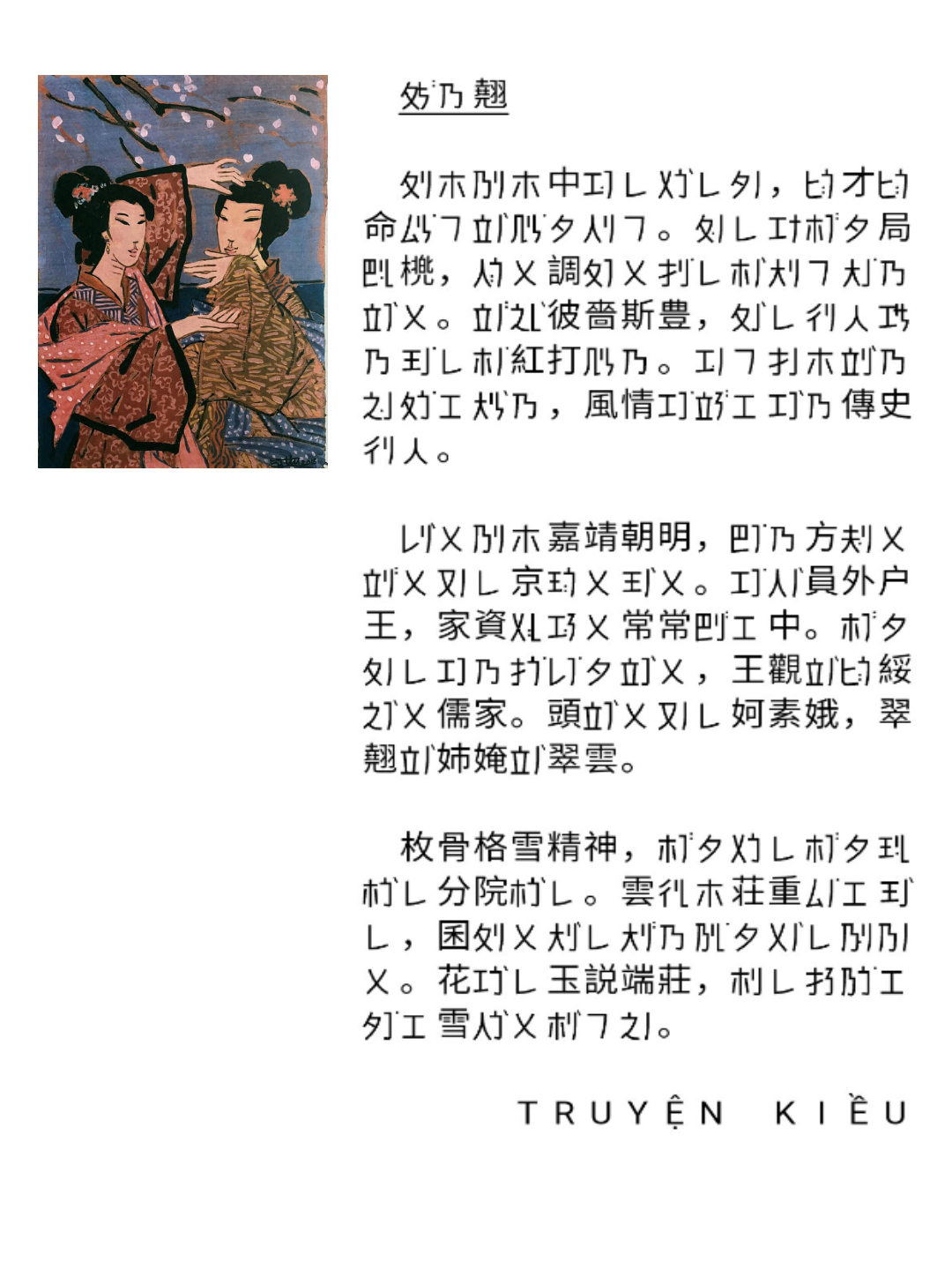 Type lower case Quốc ngữ, the phonetic transliteration will be generated while you type.